The first season of Star Trek: Picard is coming to an end on March 26th, and to celebrate, CBS is offering a free month-long trial (instead of the usual seven days) of CBS All Access to allow viewers to watch the whole season.

The month-long trial doesn’t just give access to Picard, though; it’ll give viewers free access to the entire CBS All Access catalog, which includes every Star Trek show ever made (including CBS All Access exclusive Star Trek: Discovery), Cheers, CSI, CSI: Miami, Frasier, The Good Wife, The Good Fight, all of the NCIS shows, Survivor, The Twilight Zone, Twin Peaks, and more. You’ll also get access to live CBS broadcasts from your local station.

Our #StarTrekPicard season finale is Thursday, and starting today… 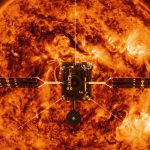 The electric vehicle industry needs to figure out its battery problem